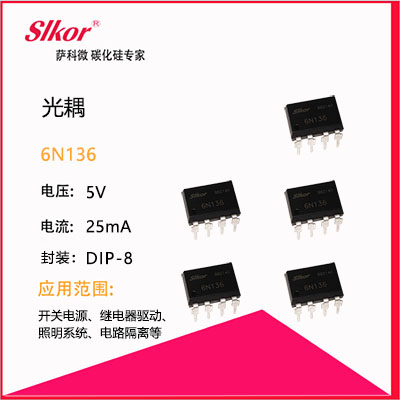 In recent years, China's semiconductor industry has been suppressed by western countries led by the United States. In the face of the dilemma of no chip available, China is also vigorously developing its own semiconductor industry. Only when it is strong can it become rich and strong. This is what China has always believed. Therefore, China is vigorously supporting domestic semiconductor enterprises. If Sarkozy micro semiconductor slkor wants to occupy a place in the domestic semiconductor market, it must first develop and expand itself in order to seize more market share. Therefore, in September, Sarkozy micro semiconductor has MOS FET, hall hall element, IGBT single tube, SiC silicon carbide device, ESD electrostatic protection diode, TVs transient suppression diode, Schottky diode, CoolMOS On the basis of power management IC and other series products, we have newly developed and produced high-speed optocoupler series products.

Optocoupler is also known as optical coupler equipment (ocep), also known as photoelectric isolator or optocoupler, or optocoupler for short. It is a device that uses light as the medium to transmit electrical signals. Usually, the light emitter (infrared light emitting diode LED) and the light receiver (photosensitive semiconductor tube, photosensitive resistor) are encapsulated in the same shell. When an electric signal is added at the input end, the light emitter emits light, and the light receiver generates photocurrent after receiving the light, which flows out from the output end, so as to realize the "electric optical electric" control. The optocoupler, which uses light as the medium to couple the input signal to the output, has the advantages of small volume, long service life, no contact, strong anti-interference ability, insulation between output and input, unidirectional signal transmission and so on It is widely used in high voltage control and other fields.

For a long time, the optocouplers and high-speed optocouplers in the international market have been occupied by foreign brands such as Fairchild, renesa, Vishay, on, Baihong optoelectronics, Everlight and sharp sharp. This time, Sarkozy micro slkor (www.slkormicro. Com) invested a lot of manpower and material resources to develop and produce slm352, sl3053, sl3063 Slh11l1 and other models can replace the same products as fodm352, ps2733-1, moc305xm, vo305x, moc306xm, vo306x, h11l1, h11l1m, pc81c7 and PC817, and can be completely replaced by matching.

1. The insulation resistance between input and output terminals is generally greater than 10000m Ω, and the withstand voltage can generally exceed 1kV, and some can even reach more than 10kV.

4. Easy to cooperate with logic circuit.

5. The response speed is fast. The time constant of slkor Sarkozy's photoelectric coupling device is usually on the order of milliseconds or even microseconds. 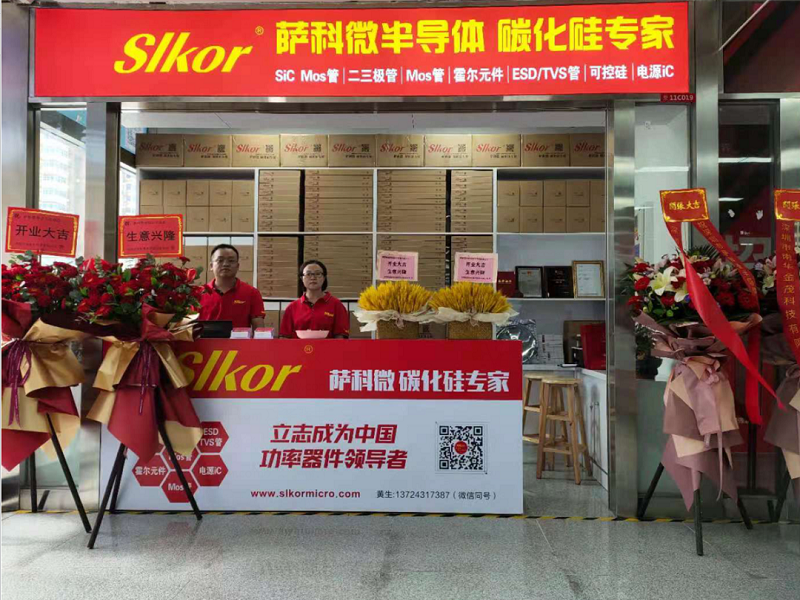 Prev：NB-IoT和LoRa占83%份额，低功耗卫星物联网成破局者|2021年低功耗广域市场深度解析
Next：Academician Liu Jingnan: spatiotemporal information is the digital base for the interconnection of all things and intelligent services