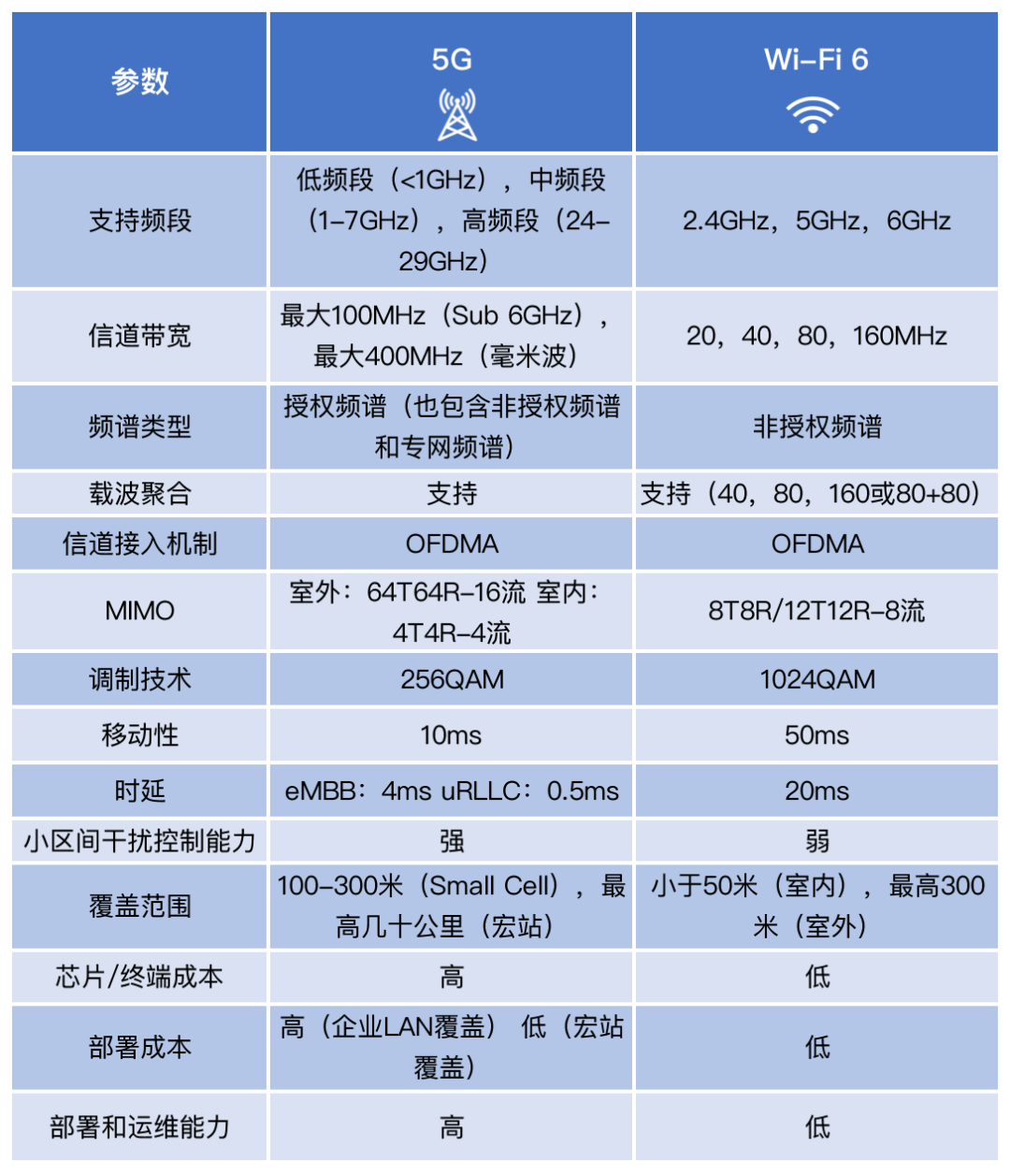 Traditionally, cellular networks work in authorized spectrum and Wi Fi works in unauthorized spectrum. However, in the 5g era, this division has gradually become blurred. On the one hand, some countries, such as Germany, the United Kingdom, Japan, France and the United States, have allocated localized spectrum for 5g private networks, which can be used after the enterprise's application is approved; On the other hand, nr-u defined in the standard is 5g wireless operating in unauthorized spectrum. From this trend alone, Wi Fi 6 faces greater competitive pressure from cellular networks than previous generations.

Cellular networks are designed for mobility and have natural advantages over Wi Fi in this regard. However, Wi Fi can also support roaming between APs through the gateway and expand WLAN to a larger coverage. However, 5g has perfect and mature reselection, switching, redirection and other mechanisms, while Wi Fi 6 needs to be disconnected and reconnected, and the roaming interruption time is longer.

Since the authorized spectrum allows higher transmission power, the coverage of 5g small cells (small and micro stations) is usually 100 to 300 meters, which is larger than that of indoor Wi Fi (usually within 50 meters).

Wi Fi 6 chip is cheaper than 5g and has obvious cost advantage.

For wide area coverage, 5g has the advantage of coverage capability, which can be deployed at the old 2 / 3 / 4G station site, and the deployment cost is relatively low compared with Wi Fi. However, for the enterprise LAN scenario, the cost of building a 5g network and deploying terminal equipment is much higher than Wi Fi. However, because 5g has more advantages in anti-interference, reliability, low delay, multi connection and mobility, 5g private network still needs to be deployed for some services requiring higher delay and reliability, such as automatic control. In the medium and long term, it is believed that the deployment cost of 5g private network will drop. Once the cost drops to low enough, it is believed that more enterprises will consider using 5g to replace some or all Wi Fi networks.

In general, 5g and Wi Fi 6 are both competitors and complement each other. At the same time, with the evolution of technology and application, entering the era of 5g and Wi Fi 6, the boundary between cellular network and Wi Fi is becoming more and more blurred.

This content comes from the Internet / netyou mercenaries. This website only provides reprint. The views, positions and technologies of this article have nothing to do with this website. If there is infringement, please contact us to delete it!